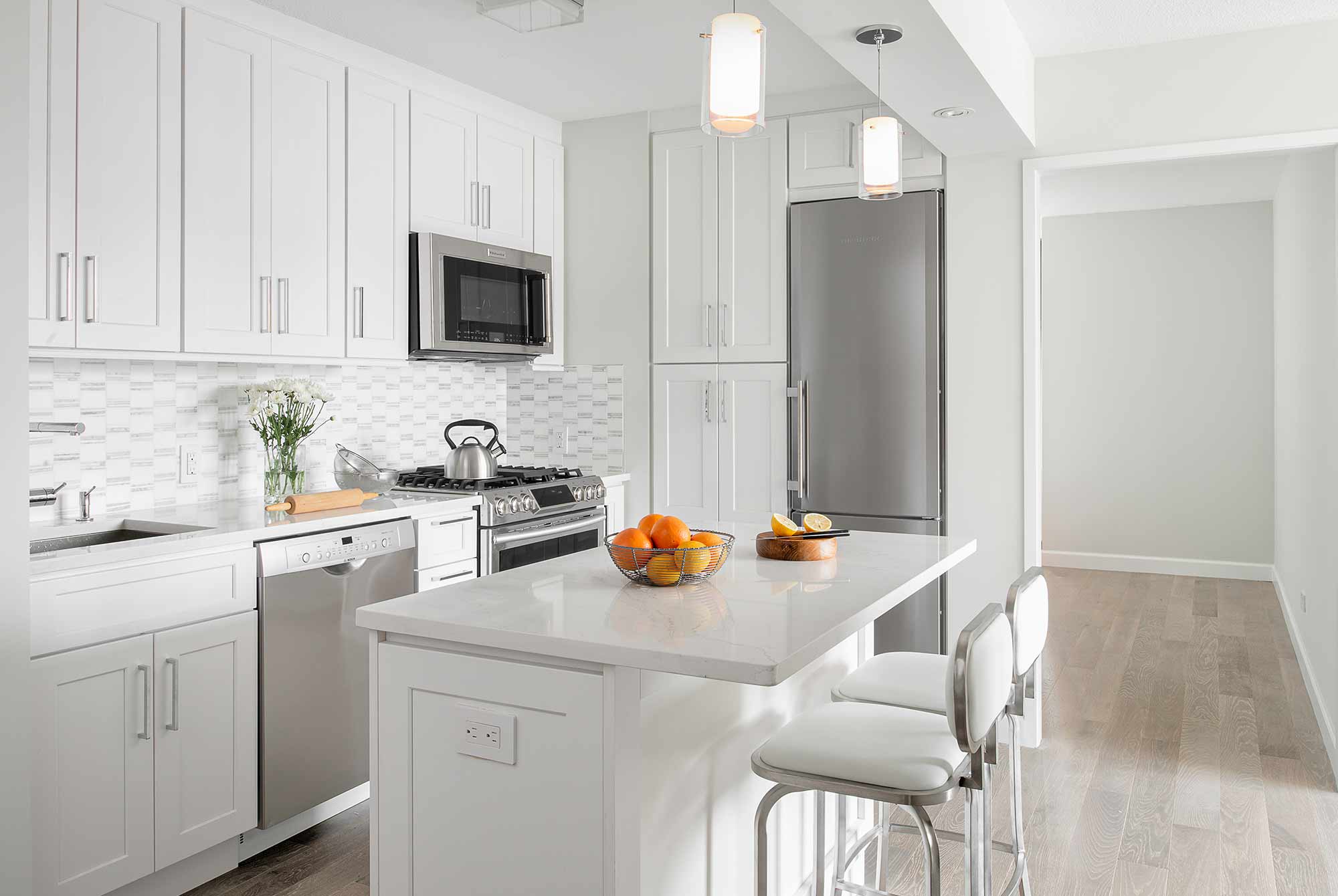 An estate condition 2 bedrooms/2 baths on the Upper East Side COOP apartment was purchased by a young couple that just had a baby.  Because the apartment had the original layout, the kitchen was small, dark, and inefficient and the Master bedroom did not have enough storage room, while the guest room had too much.  The Clients also needed a flexible space that would be able to change and act as a guest room/office/baby’s nursery.   Ultimately, they wanted to live there for the next 5 years, have another child, and sell the unit with a profit.  Adding an Extra Bedroom would benefit them greatly.

When we began thinking about this project, it was important to address some of the older ‘social’ relationships that this apartment had represented back in 1975.  The clients were interested in creating new, functional relationships that represent their modern and layered lifestyle.

The living room was large enough to subdivide and create both a dining area as well as a small room at the window facing the kitchen.    This sunny room will change as needed, to become the ‘flex space’ this family wanted for their future.

Floor plan: before and after layout 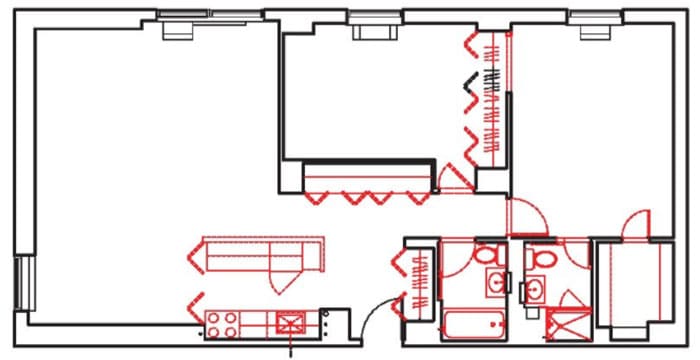 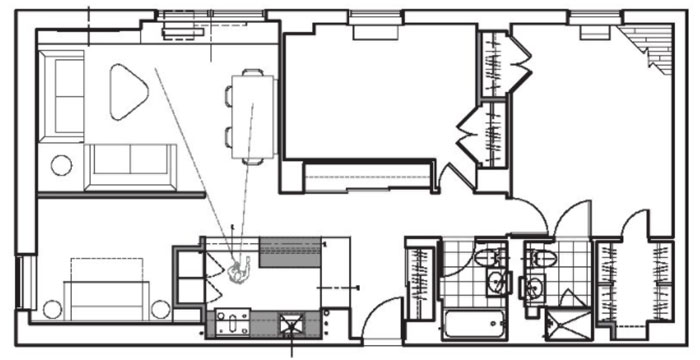 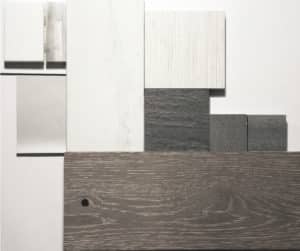 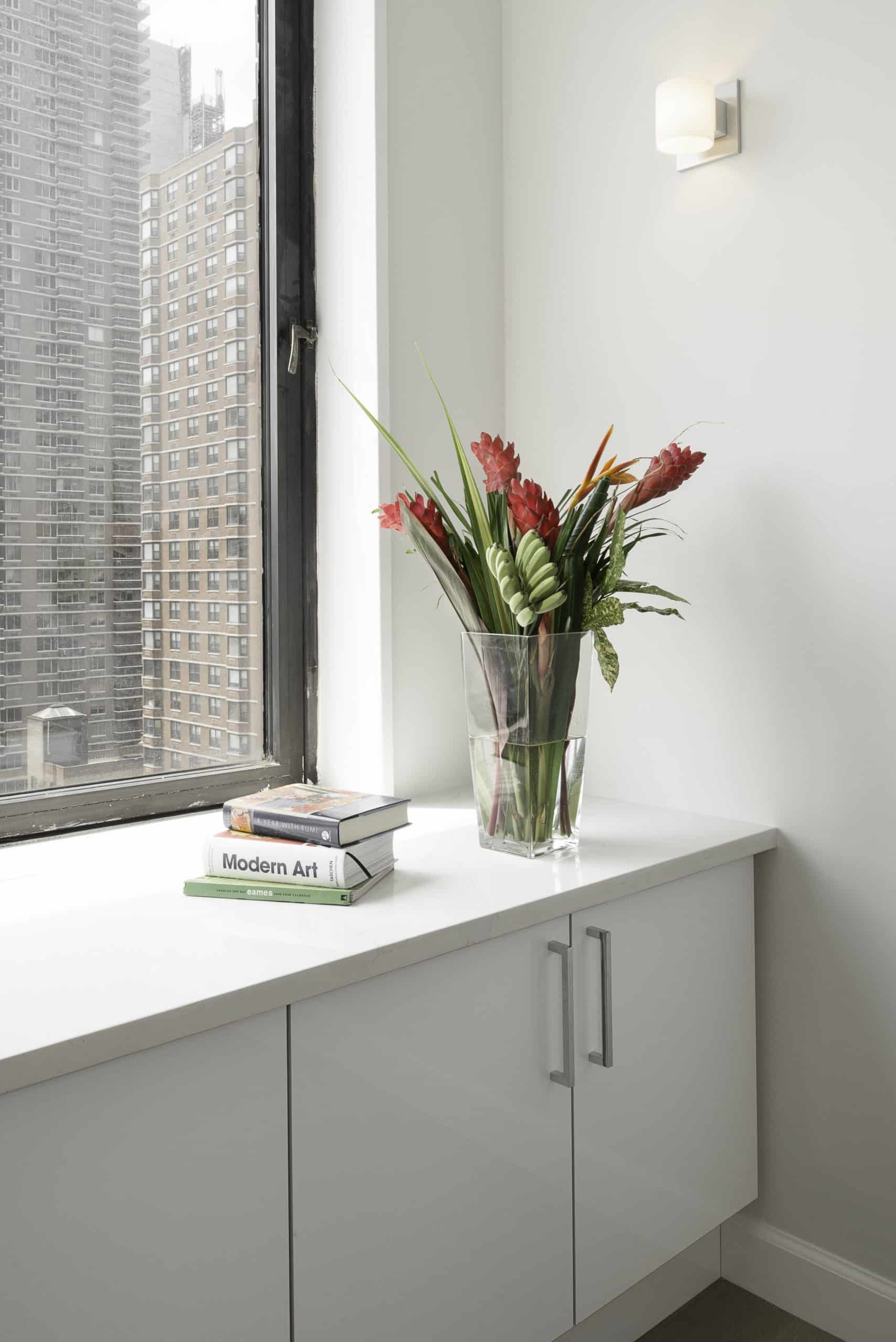 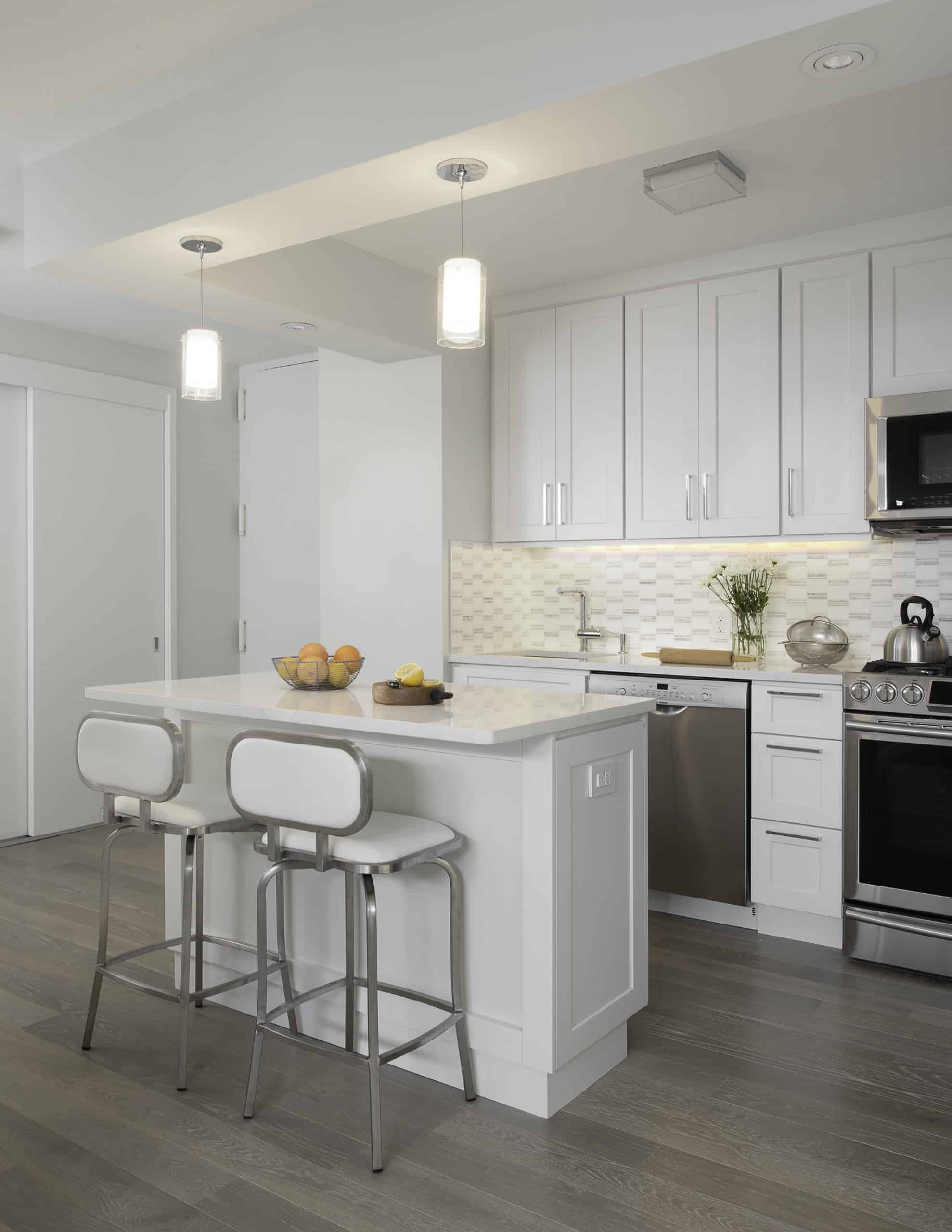 The appliances are designed within the cabinetry to give a tailored look that does not allow for distraction, and you instead focus on the user. This renovation made the otherwise small, unused foyer and ineffective kitchen, now a focal point that dictates movement throughout. The kitchen has unified and designed an otherwise standard one-bedroom apartment and seeks to become a new standard in this building’s typology. 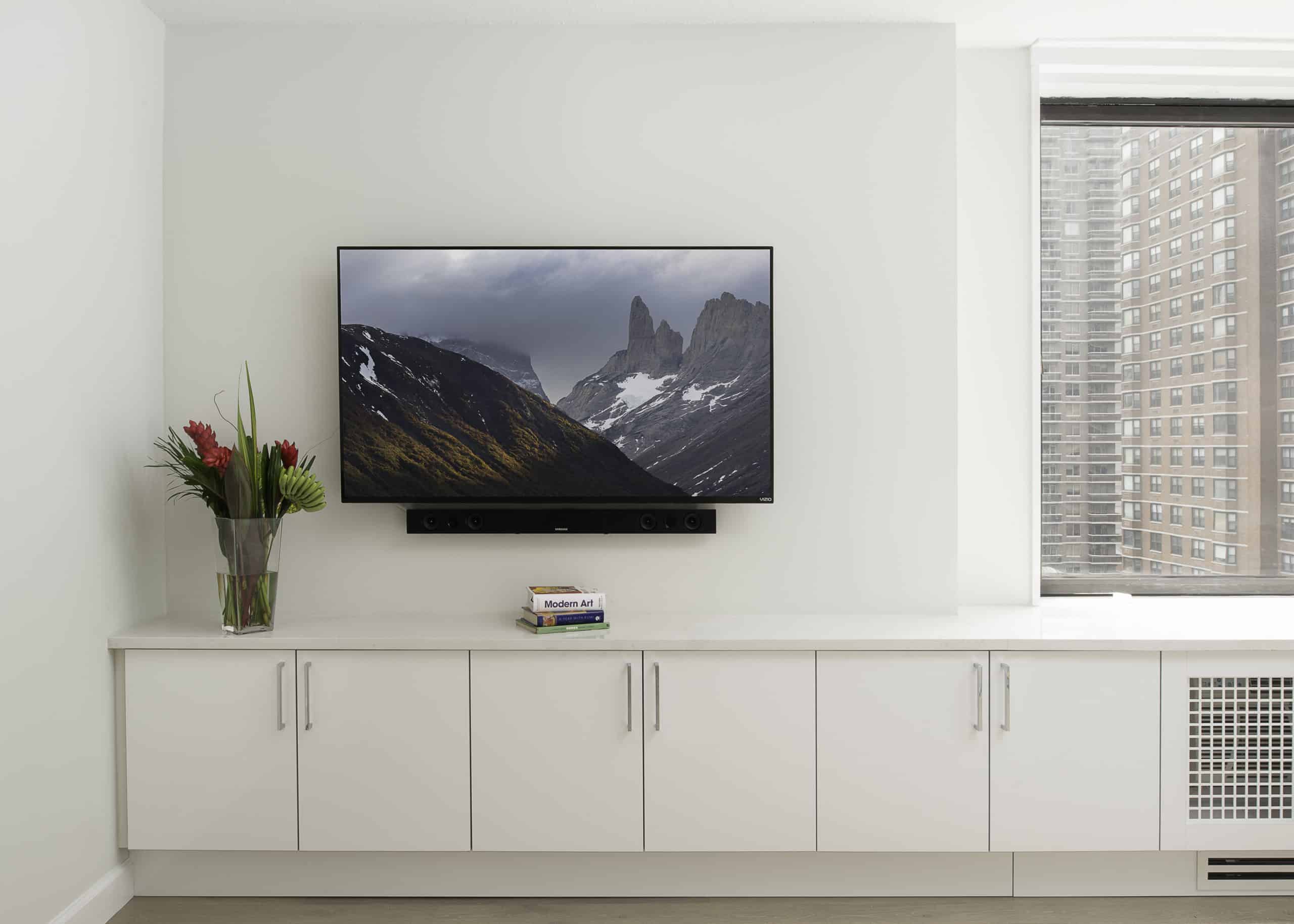 The new open entertainment space connects the kitchen to the living room and establishes more of a contemporary relationship between the spaces.  The clients now have a layered open area, that combines cooking, eating, entertaining, and lounging.   We also created a line of sight, so that you can be preparing a meal in the kitchen, while watching the children play in the open space.  Custom millwork along the window wall was designed to orchestrate the orientation of how this space is to be used.

All the finishes in the apartment were replaced, bathroom floors and walls, wood flooring, and paint.   Closets were customized to meet each user’s needs, especially the children.   By doing this renovation the apartment increased in value by at least 30%.

What can EXD Architecture do for you?