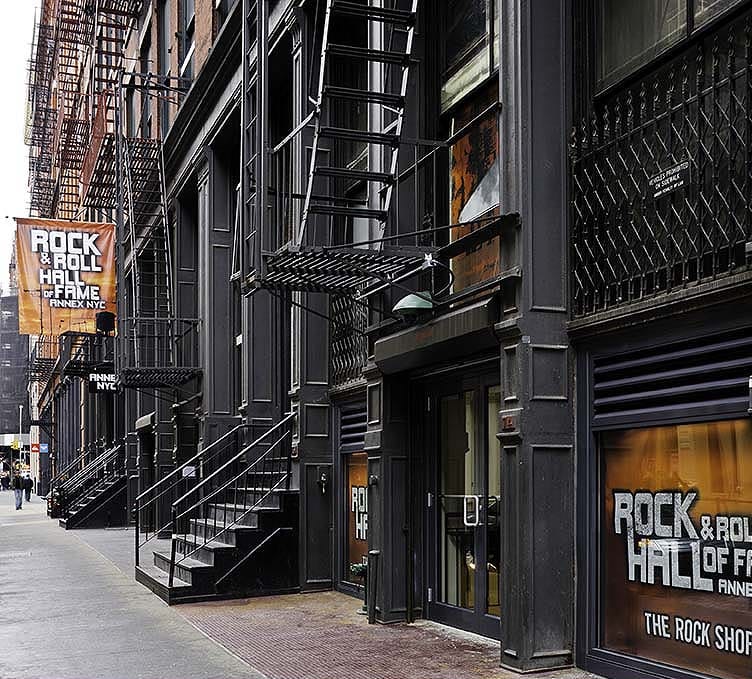 The Rock and Roll Hall of Fame is based in Cleveland, but the Annex was a project developed in the basement of an abandoned Industrial Rock and Roll building in the heart of SoHo.  The goal was to have a ‘New York-centric temple of rock culture’, said Joel Peresman, president of the Hall of Fame Foundation.

The Annex is part of a broad expansion plan by the Hall of Fame organization, to draw both tourists and financing to its main branch by repurposing a space.

The challenge was to remodel a dilapidated space by transforming it into a ‘New York’ elegant and modern exhibition gallery that was not only functional but also safe for high pedestrian traffic.  We provided ‘out of the box’ solutions to develop a commercial stairwell in a limited space. The ceiling was painted black to hide all existing pipes and the firm left the exposed original brick walls. These are just a few of the many steps taken to update the space while on a budget.

PHOTOGRAPHER: Provided by Rock and Roll Hall of Fame 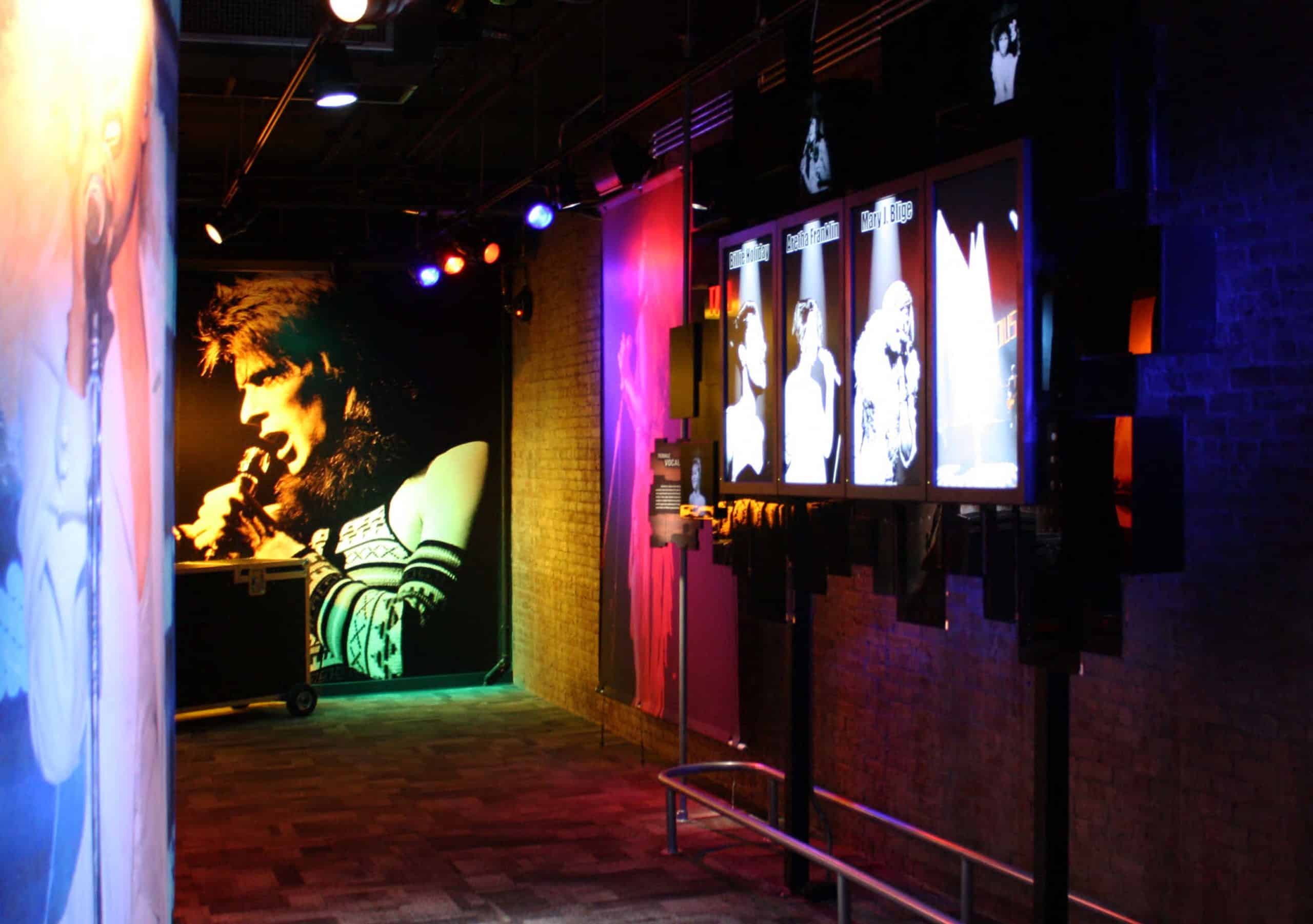 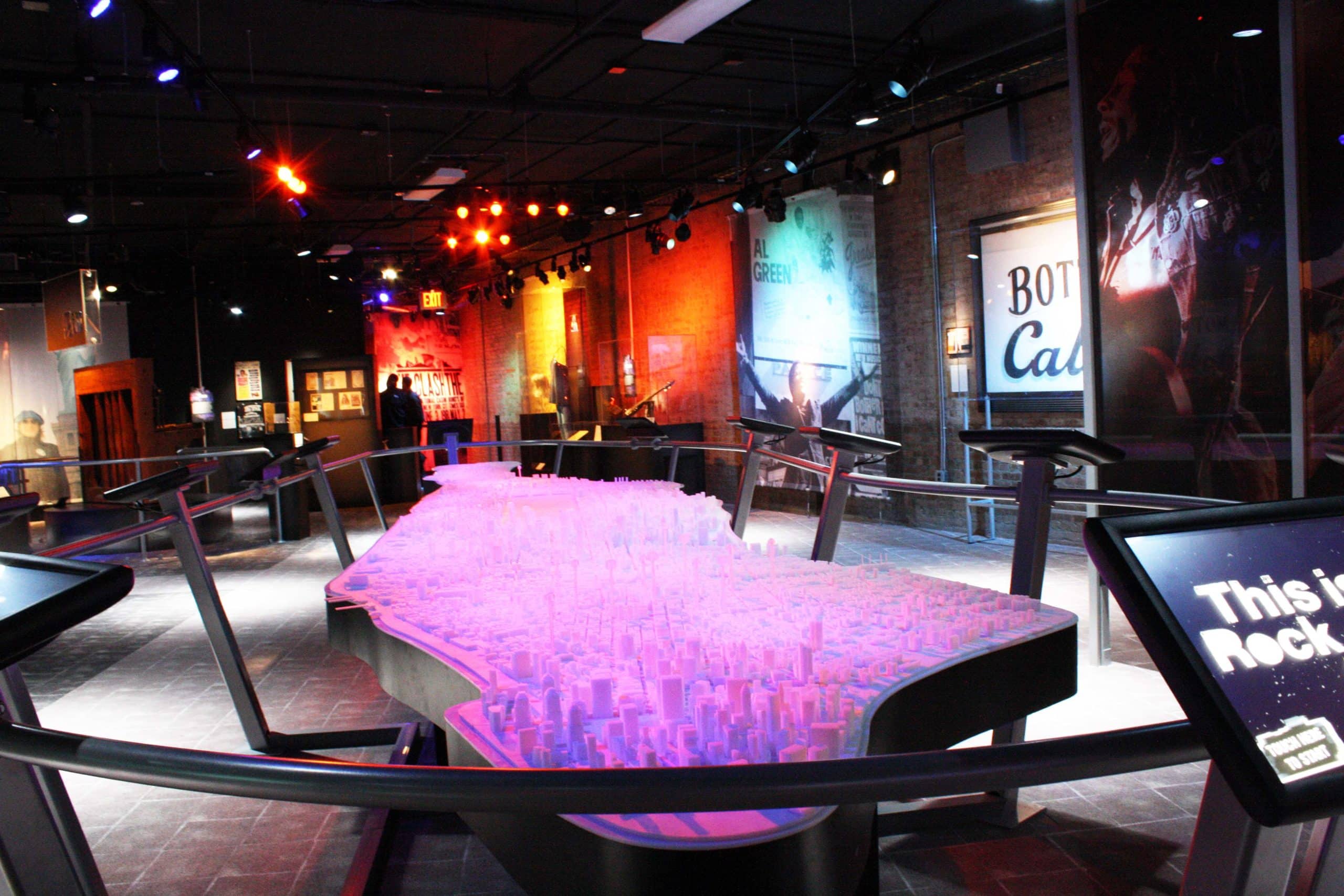 In addition to Hall of Fame classics, visitors can also check out moment-defining concerts in the 7 screens, ‘Immersive Theater’ resembling a small club, and learn more about the city where Bob Dylan, Patti Smith, the Ramones, Run-DMC and how so many more got started in the New York Rocks permanent exhibition. There are also temporary exhibitions such as “John Lennon: The New York City Years,” an elaborate look at John Lennon’s passion for music, art, politics, and film during his time spent in the City.  The new museum was adored by celebrities, rock stars, and museum visitors.

What can EXD Architecture do for you?